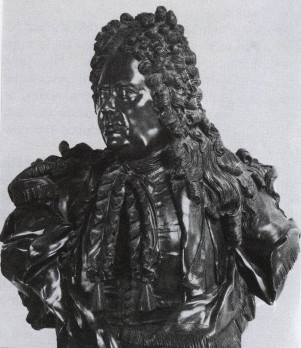 Bartolomeo Carlo Rastrelli was one of several artists whose talent flourished in Russia. During the early part of Rastrelli’s stay there, he profited from the times themselves, when, as Pushkin said, “young Russia came of age with Peter’s genius”. The sculptor’s extraordinary gifts found fecund soil there for their development and proliferation; they were enriched, on the one hand, by the fine traditions of Russian art and, on the other, left an appreciable mark on its future course of development.

Rastrelli was born in Florence, into the family of the well-to-do nobleman Francesco Rastrelli. Noticing his artistic bent, his father sent him to a sculptor’s studio, where he received an excellent first training. He could draw well and work in bronze, learned how to make casts and jewellery, obtained the skills of architectural planning, learned about construction techniques and hydraulics, and mastered the art of stage designing. But in his homeland he could find no outlet for his abilities, for the once prosperous Florence was then experiencing a serious economic and political crisis.

No commissions were forthcoming either at the papal court in Rome. Rastrelli returned to Florence, presently married a girl from the Spanish nobility and went with her to Paris, where in 1700 a son was born—the future famous architect. In 1707 Rastrelli was given the title of count in return for the gravestone he fashioned for the Marquis de Pomponne, a minister under Louis XIV, which favourably impressed the Marquis’s widow and other influential figures. 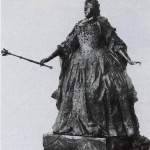 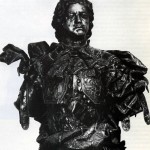 Bust of Peter the Great 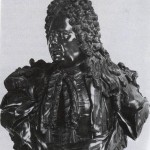 Bust of an Unknown Man

The sculptor designed several gravestones, which displayed features of baroque style, complex and dynamic in composition, with many allegorical figures. French sculpture, however, was going through the period of classicism, the pronounced baroque forms of Rastrelli’s creations had somewhat lost their appeal, and that is why the critics declared that the Italian had “poor taste”. And despite Rastrelli’s attempts to accommodate himself to French taste, he received no more major commissions.

Louis’ reign was coming to a close, and many artists were without work. Peter the Great, who had an interest in attracting artists to Russia and understood the atmosphere in France, wrote to his resident representative there, Nikita Zotov, asking him to look out for “efficient and good” masters.

In April 1715 Zotov entered into negotiations with many artists, including Rastrelli, and on 1 May 1715 the sculptor was accepted, under contract, “to work for three years, with his son and pupil, in the service of His Majesty the Tsar, in all arts and handicrafts of which he is capable”.

His duties were to include designing palaces, parks, cascades and fountains, making statues of marble, porphyry and other hard materials, casting sculptures of bronze, lead and iron, fashioning portraits from wax and plaster of Paris, making stamps for striking medals and coins, and finally building sets and machinery for theatrical productions. A special clause in the contract obliged Rastrelli to take on pupils.

On 24 March 1716 the forty-year-old Rastrelli arrived in St. Petersburg, and soon he took up a leading place among the sculptors of Russia. He could have spent three years abroad, but in fact remained in Russia for the rest of his life.

At first Rastrelli worked principally as an architect. He helped plan the Vasilievsky Island and build the palace at Strelna, entered his design for a senate building to a competition, made models of hydraulic machines for fountains, taught drawing at the Academy of Sciences, made sketches of fancy-dress costumes, and also sculptured. But soon the French architect Jean-Baptiste Leblond, who had come to Russia about the same time as Rastrelli and competed against him, outshone him as an architect. As a result, the versatile Rastrelli was able to display his talent only in the sphere of sculpture. Above all, he proved himself to be a marvellous portraitist. In his sculptural portraits he managed to combine baroque splendour—which was well suited to the triumphant spirit of the Petrine period—with thoughtful insight into the human soul.

Working on his portraits, Rastrelli studied his models closely, striving to convey their most characteristic individual traits. His first important portrait was a bust of Alexander Menshikov, made in 1716. A year later he repeated the work in bronze, and in the late 1840s the sculptor Vitali reproduced the portrait in marble (RUSSIAN  MUSEUM, St.Peterburg).

Rastrelli made several likenesses of Peter the Great. During the tsar’s lifetime the sculptor took a mould from him (StateHermitageMuseum, Saint Petersburg), reworked it and produced a perfectly faithful portrait. At the same time he made a wax bust of Peter in armour. After the tsar’s death, Catherine I had Rastrelli make a life-sized, coloured waxwork figure of Peter, dressed in his own clothes (State Hermitage Museum, Saint Petersburg). Both these latter works are interesting from a documentary point of view.

Rastrelli’s greatest success was his bronze bust of Peter the Great (1723-1729, State Hermitage Museum, Saint Petersburg; another version in RUSSIAN  MUSEUM, St.Peterburg), a life-like portrait, dynamic in form and full of vigour. The sculptor made two more busts of the tsar—one in wood, for a warship, the other in gilded lead (CopenhagenMuseum).

These portrait busts are monumental rather than chamber works, reflecting not only the model’s individual features, but also the character of a whole epoch.

For many years Rastrelli worked on an equestrian statue of Peter. As early as 1720, at the tsar’s request, he made a small model of the future monument, and in 1724 the model was ready in its final form. But it was not until twenty years later—after the sculptor’s death, and with the help of his son, the architect Francesco Bartolomeo Rastrelli—that the statue was cast in bronze. The monument was finally erected in 1800 by Paul I before the MikhailovskyPalace where it stands to this day, bearing the inscription “To great-grandfather from great-grandson”. Though it was actually erected later than the celebrated Bronze Horseman, this was the first equestrian statue in Russian art. In 1741 Rastrelli completed the statue Anna Ioannovna with Blackamoor Child (RUSSIAN  MUSEUM, St.Peterburg), in which characterisation and monumental gen­eralisation merge together. While the images of Peter and his associates express enthusiasm and the triumphant grandeur of state power (cf. the monument to Peter the Great), here, despite the superficial impressiveness and decorative refinement, there is an aura of oppressive despotism, associated with one of the darkest periods in Russian history.

Rastrelli’s legacy is not confined to portraits. He did a great deal of work as a master of decorative sculpture at Strelna, the SummerGardens and especially at Peterhof. His work also considerably influenced the art of medal-designing in Russia.

Of particular interest is the part played by Rastrelli in the design of a triumphal column, the idea for which came from Peter the Great who wished it to resemble the Trajan Column in Rome. In Peter’s conception the Column in Memory of the Northern War was to immortalise the victories of the Russian army which led to the formation of the mighty Russian Empire. But after his death it became known as the Column in Memory of Peter the Great and the Northern War. The grand column, belted by bas-reliefs depicting the events of the Northern War, was to be crowned by a statue of Peter. The column was never erected, however—neither under Peter nor under any of his successors—and the model of the statue was never even completed. In 1938 the model of the column was finally reconstructed, and it is now kept in the StateHermitageMuseum, Saint Petersburg.

It was Rastrelli who was responsible for the architectural design of the column, and it is possible that he began work on the model and part of the bas-reliefs. But after Peter’s death Catherine I transferred responsibility for the work to Andrei Nartov, a talented engraver and master turner. It is difficult to determine exactly which part of the work was executed by Rastrelli and which by Nartov, but the overall design of this unusual monument is typical of Rastrelli’s work.

According to his contract, Rastrelli was to train gifted people in “arts and handicrafts”. He tried to organise a vocational school for sculptors, but conditions proved unfavourable for systematic classes to be arranged. It is known, however, that the sculptor had many pupils, some of whom became his assistants. Rastrelli died in 1744.